The name itself gives some measure of the beauty of this tiny bird, extremely active and sensitive to any threat, such as a larger bird or an even larger photographer! So the Superb Blue Wren (Malurus cyaneus) is a worthy #4 bird photography challenge. 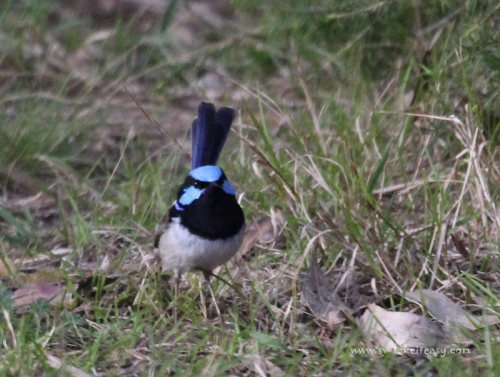 The ‘blue wren’ we notice most is the male in its stunning breeding plumage. The adult breeding male puts on a dazzling show with its bright blue forehead, iridescent blue ear coverts, mantle and tail, a black mask around the eyes and black or dark blue throat.  The belly is grey white and the wings are brown. 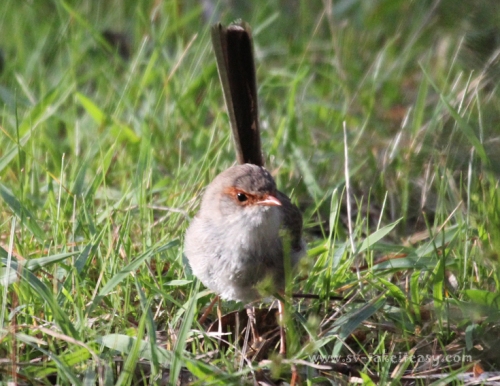 Females on the other hand have an unassuming grey-brown plumage.  Their beak is red and they have an ochre-red face mask over their eyes.  Their long tail is brown. Non-breeding males and juveniles are also greyish-brown in colour.

It is a tiny bird, hence the other name for it being the Fairy-Wren.  It is about 14cm long, with half of that length being the tail.

Blue wrens are considered the least faithful birds in the world. Superb Blue Wrens are extraordinarily promiscuous, and male and female birds alike will sneak away from their small territory and mate with their neighbours.  Two thirds of young are sired by males from outside the social group.

The Superb Blue Wren can be seen in small social groups often consisting of one dominant male and several females and young birds. It is restless, foraging ceaselessly in the undergrowth.  It moves in small hops and bounces assisted by the huge tail, which is held upright. The diet is a wide range of small creatures, mostly insects and invertebrates, supplemented by small quantities of seeds, flowers, and fruit.

Widespread across temperate South Eastern Australia, the Superb Blue Wren is common and can be found where there is dense undergrowth for shelter, such as grassland, shrubs, woodland and heath.

These little critters were taken at Bellbrae in Victoria, with a handheld Canon 60D and EF100-400 lens zoomed in at 400mm. Click on any of the images to display in full screen. 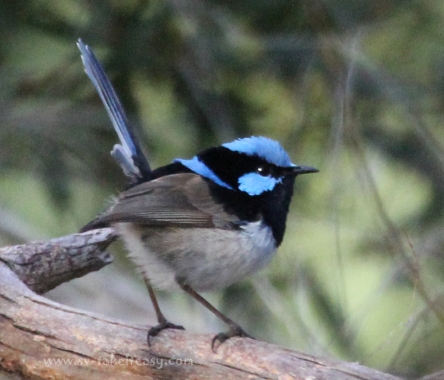 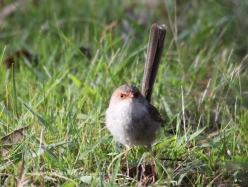 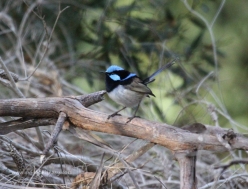 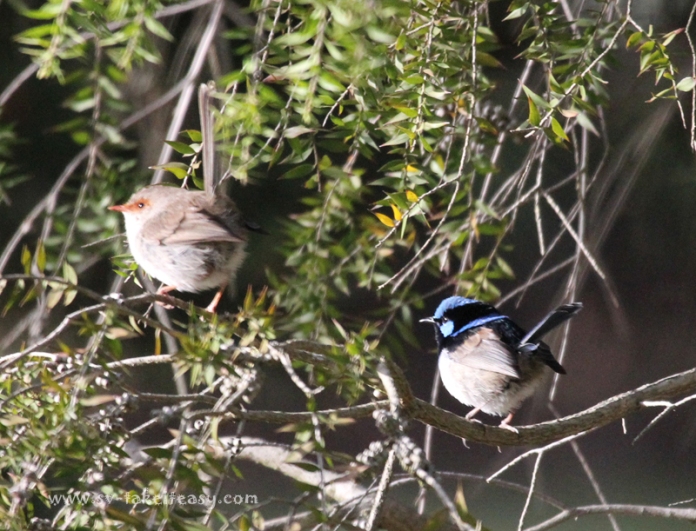