Looking a bit like the negative image of a tern, the Black Noddy (Anous minutus) is a striking pelagic seabird.  We saw many during our recent cruise and knew this graceful bird had to be the focus of our #33 Bird Photography Challenge when we returned.

The Black Noddy is a seabird belonging to the tern family.  It is medium size, measuring about 36cms with a wingspan of 70cms.  It has long tapering wings and a forked tail. The plumage is a beautiful sooty black, silver white on the crown and grading into grey on the neck. There is a small white crescent under each eye and white spot above.  The eye itself is brown.  The bill is thin, sharply pointed and black.  The feet and legs are black, apart from pale yellow webs.

These birds most likely became known as “noddies” because of the behaviour of both sexes as they constantly dip their heads and nod at each other during their breeding display.

The Noddy feeds in shallow water on fish and squid which it catches by flying low over the water and skimming them up from the surface. Unlike other terns it does not dive for food.  It associates with other seabirds in areas where predatory fish, like tuna, are driving small fish to the surface.

The nest is a level platform in branches of the melaleuca trees or most often the pisonia trees, consisting of layers of dried leaves, grass and seaweed and covered with bird droppings. The guano produced by these birds adds large quantities of nutrients to the soil, which is of great importance to the plant community on coral islands.

There is a downside to nesting in Pisonia trees.  Their seeds, covered in sticky resin trap some noddies, covering their wings with this glue like substance they cannot get rid of.  Trapped noddies ultimately die, unable to fly or feed freely.  It is a disturbing sight which we witnessed both on land and on the water. But you will see National Park signs on coral cays asking you not to intervene in this cruel fate.

The Noddy is found in subtropical and warm temperate waters of the Pacific, Indian and Atlantic Oceans.  It roosts well offshore on coral islands in large colonies of more than 100,000 nests.  In Australia, the noddies are seen in the Northern Territory and Queensland on coral cays.  We saw them at the Great Barrier Reef, in particular on North West Island where these photos were taken, using a Canon 7Dii camera and 100-400 Canon lens.

Click on any image in the gallery to display in full screen. 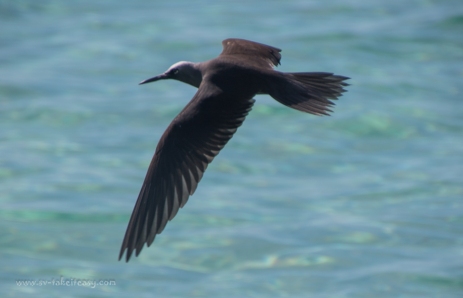 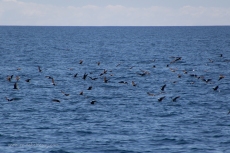 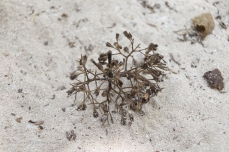