Today we introduce you to a familiar bird: the White-faced Heron (Egretta noveahollandiae). This elegant wader is a skilled hunter and is the wonderful subject for our #49 Bird Photography Challenge. 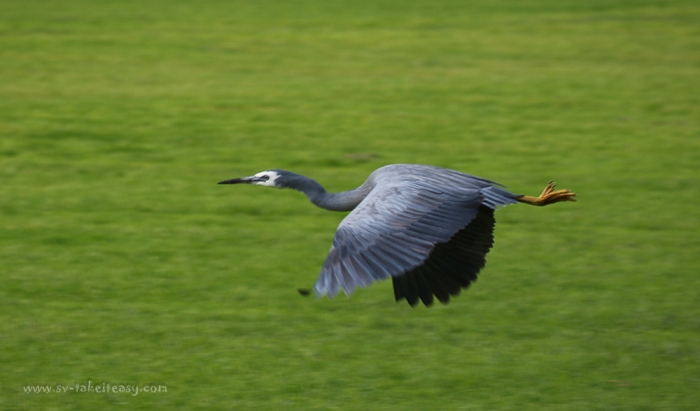 The White-faced Heron ranges from 60 to 70cm in height. It has a mostly bluish-grey plumage with a characteristic white face. It has a long slim neck, and a pointed dark grey bill. The legs are long and dull yellow. Both sexes are similar. When breeding the birds have long nuptial plumes on the head, neck and back.

This heron is quick to depart the scene if disturbed, on slow long wing beats. When the bird is flying, you can easily see the dark flight feathers which contrast with the paler grey plumage.

The White-faced Heron feeds on a variety of prey, including fish, insects and amphibians.  Food is obtained using quite a number of techniques: by walking and disturbing prey, slowly stalking it, frantically dashing after it, or simply standing in the water and watching for movement. We saw one catching a frog and repeatedly dunking it into the swampy ground, perhaps to stun the poor thing and knock it senseless! 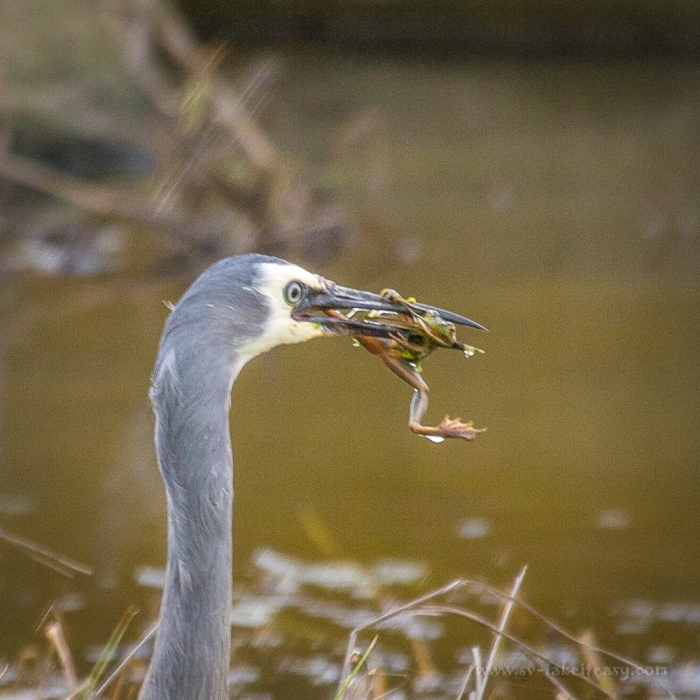 With a frog in its beak at Lake Borrie

It breeds in response to rainfall. Both sexes share the building of the nest, incubation of the eggs and care of the young.  The nest is an untidy structure of sticks in a tree, lined with grass.

Although the White-faced Heron is not migratory, it does undertake many local and seasonal movements and can sometimes travel long distances.  In winter it tends to move inland to flooded wetlands during the breeding season, and towards coastal areas outside of the breeding season.

Found throughout the mainland, this is one of the most commonly seen heron in Australia. It can be found anywhere where there is water, from tidal flats and coastal reefs, to moist grasslands.  The photos in the gallery were taken at Lake Borrie Wetlands, Lake Pertobe and near Geelong in Victoria with a Canon 7d mark II camera and EF100-400mm lens, hand held. Click on any image in the gallery to display in full screen. 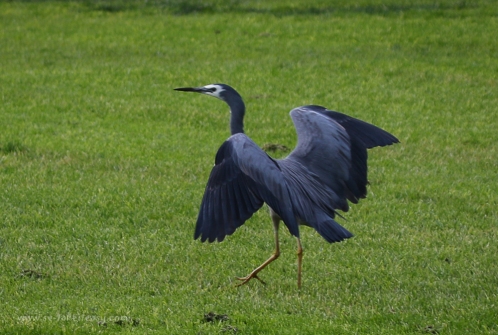 About to take-off, Geelong Botanical Gardens 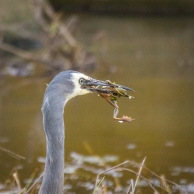 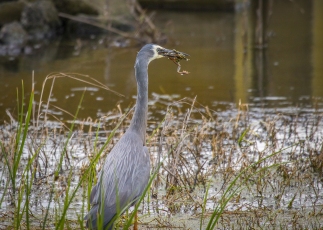 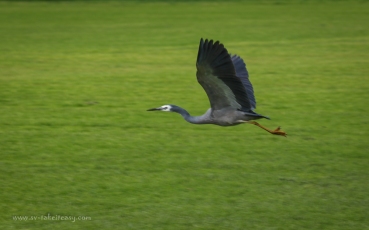 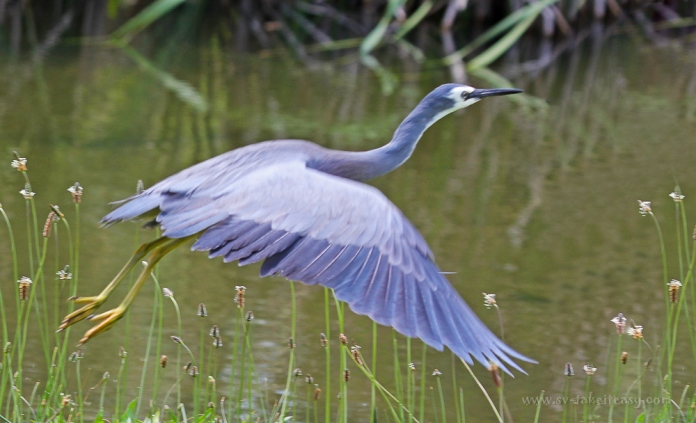