Sea mammals have always held a special fascination for us. Wherever we sail, we are privileged to see many humpback whales, bottlenose dolphins, fur seals and even the endangered dugong. Like all other mammals these creatures are warm-blooded, breathe air via lungs and suckle their young. In addition, they are supremely adapted to life underwater: smooth streamlined bodies, a powerful tail, a thick layer of blubber, modified breathing systems and senses suited to life in the water.

Over four posts, we will share with you some special images and information about these enthralling creatures: 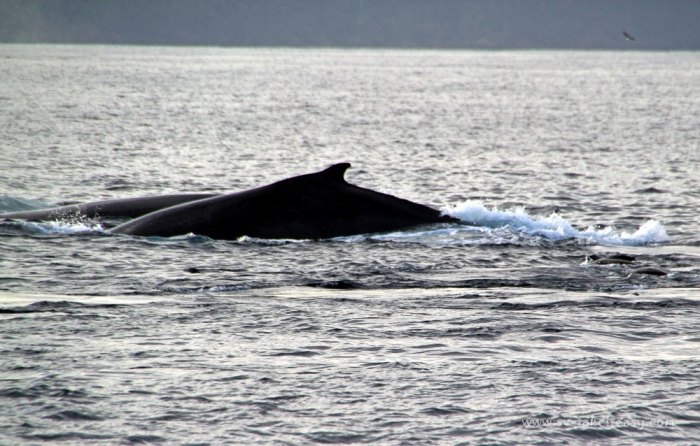 The best known of the baleen whales, the Humpback Whale is so named because of its distinctive hump set two thirds of the way along its back, below the small, stubby dorsal fin.  With a length of 11 to 18 metres and a weight varying from 30 to 45 tons, these are big animals.  Their body is black with some white on the sides, undersides, flippers and bottom of their tail. The colour pattern under the fluke is as unique as a human fingerprint.   When you see the whales up close, they are covered with knobbly tubercles with bristle hair and barnacles. The Humpback Whale has a large mouth with 270 to 400 baleen plates which are used to strain water for plankton or krill.  You can also see its white throat pleats when it breaches or pokes its head out of the water.

Seeing Humpback Whales from your own yacht is rather special. They are energetic, acrobatic and amazing to watch. During July to October, they migrate northward from Antarctica along Australia’s East Coast.  They then travel south again later in the year. We were rather lucky to be cruising in Queensland at the start of their migration, and in Tasmania on their way back!

We saw them cavorting around Marion Bay in Tasmania and near several coral cays in the Southern part of the Great Barrier Reef.  We also saw them travelling at speed off the Queensland coast, a long way offshore. The tell-tale sign they were near was often their blow, but sometimes it would be their breaching, lob tailing, flipper or tail slapping that attracted our attention. The displays were spectacular.

In Tasmania, they were right next to us, a little unnerving given their size, but they were just lulling about  quietly.  In Queensland we were kind of relieved they displayed their ‘joie de vivre’ a little way away from us as they were very active and displaying wildly. Our boat measures 11.6m and weighs 4.5 tons, so rather small in comparison to big and heavy whales.  it could easily be crushed or at least swamped!

Here is a gallery of some of the images we were able to capture.  Some of these were taken during our recent 2015 Winter Cruise, using a Tamron 18-270 lens on a Canon 7Dii camera, and others were taken in Tasmania off Maria Island in Summer 2013, using a Canon 60D. 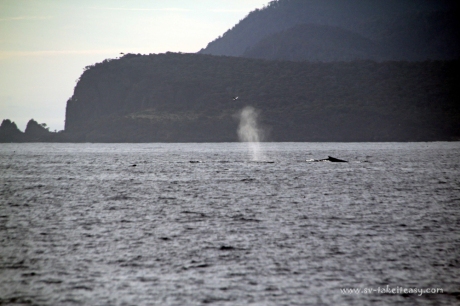 There she blows – Marion Bay 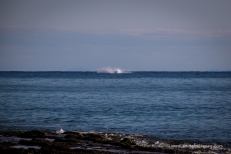 Breaching outside the Lady Musgrave Lagoon 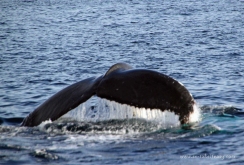 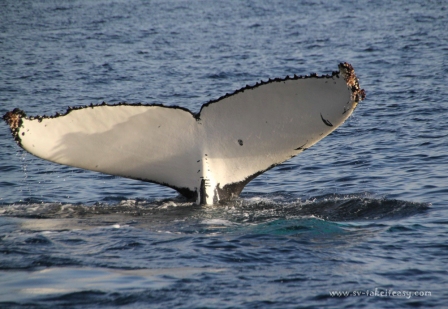 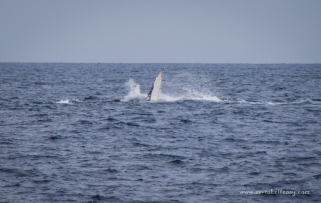 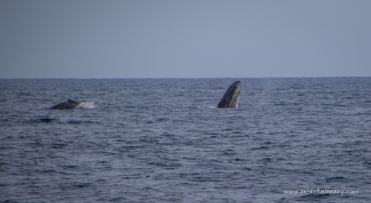