The Osprey (Pandion haliaetus) sometimes known as the sea hawk or fish eagle, is a handsome fish-eating bird of prey. We saw this spectacular raptor in action during our recent Winter cruise in Queensland.  We were mesmerised by its fishing exploits, and amazed by the size of its nest, right on top of a rocky outcrop near where we were anchored.  This ultimate fisher is the focus of our #27 Bird Photography Challenge. 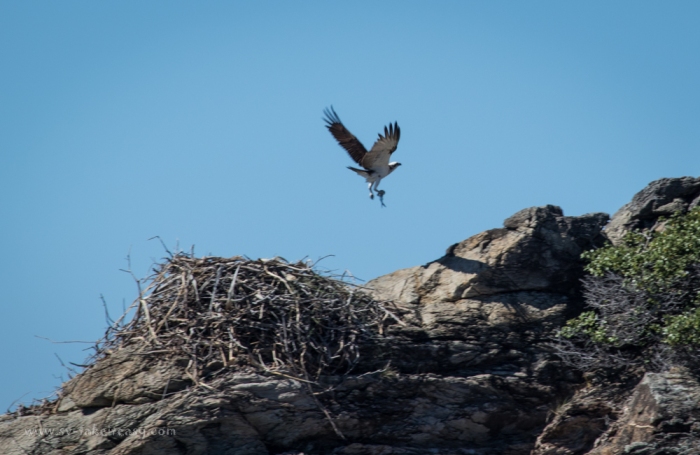 The Osprey is a medium-sized raptor with a 180 cm wing span and about 60 cm in length.  Its plumage is brown above and white, slightly mottled below. The head is distinctive with a small crest, a face bisected by a black eye band, and yellow eyes.  The osprey has a rather small head and neck.  The wings are long and pointed and the legs are stout and heavily scaled. 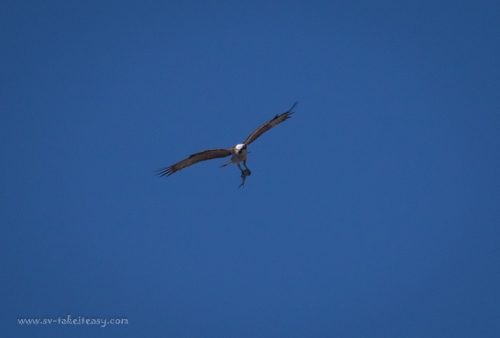 As its common name suggests, its diet consists almost exclusively of fish which it rips apart to eat.  Typically, it patrols the coast searching for prey.  It folds its wings and plunges feet first to snatch a fish with its talons, before lifting off again with strong wing strokes.   Occasionally it also feeds on rodents, rabbits and small reptiles.

The Osprey‘s nest is a large heap of sticks and driftwood, lined with seaweed, and is built in forks of trees or on rocky outcrops.  The nest is used year after year and can become huge.  The female does most of the incubation, while the male brings food to the nest.  Pairs mate for life.

The Osprey is particularly well adapted to catching fish, with reversible outer toes, allowing it to grasp its prey with two toes in front and two behind.  It also has backward facing scales on the talons which act as barbs to help hold its catch.  All this is particularly helpful when the Osprey grabs slippery fish.

The Osprey is widely distributed across the world and is found in temperate and tropical regions.  In Australia it is found along the coast, in wetlands and on offshore islands.  We photographed this Osprey on one of the Keppel Isles in Queensland, where it had built a large nest of sticks on a rocky outcrop along the shore.

The images were taken using a Canon 7Dii and Tamron 18-270 lens, hand held.  Click on any image in the gallery to display in full screen. 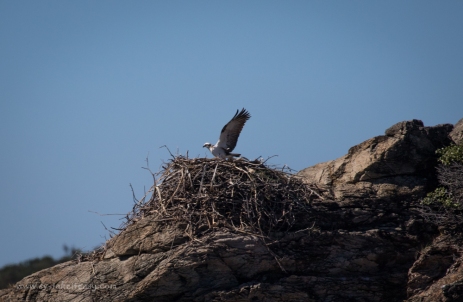 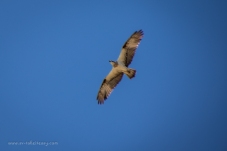 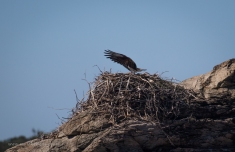 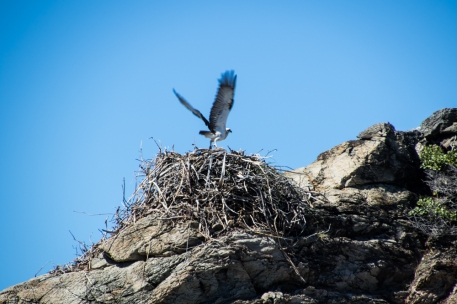 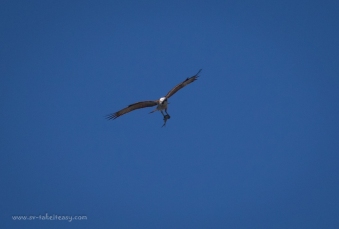 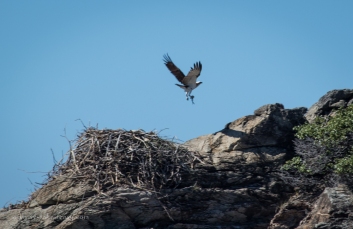 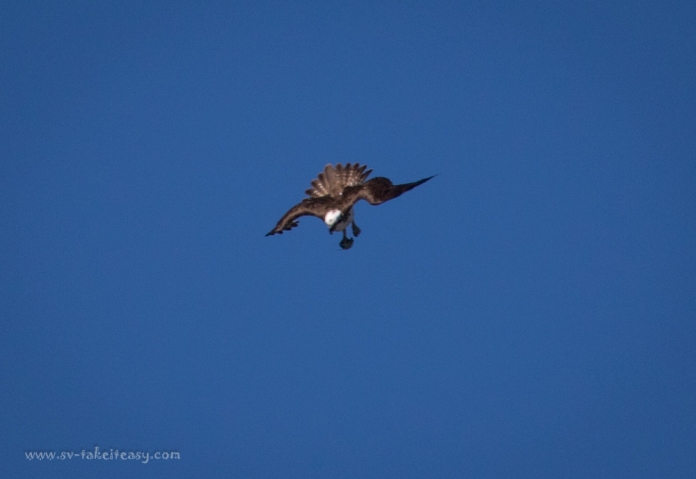 Scenic Pickersgill Reef, only 10 miles away from the mainland just south of Cooktown, but quiet, with a nice anchorage and good coral regrowth even if just soft coral and Acropora species.