Since our last post from Normandy with my folks, we  have headed to the South West to spend a little while with my sister Véronique and husband Didier.

First on our itinerary was the iconic wine region of St Emilion,  We based ourselves at the Domaine du Grand Homme, in the middle of the vines, as you do!  From there we armed ourselves with bicycles, and meandered around the vineyards and the old villages, a lovely way to discover the area.  Just imagine: vineyards as far as the eye can see, ripening fruit on the vines, splendid chateaux, sunshine…  Of course with all the physical effort, we had to snack on baguette, paté, cheese and taste some Grand Cru reds – very serious wine tasting at extremely serious cellars! 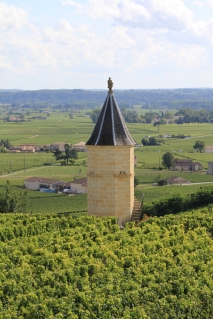 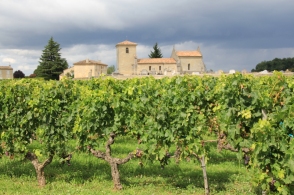 Another excellent discovery on the itinerary was the Arcachon basin on the Atlantic coast, not very far from Bordeaux.  This is a huge  but shallow lagoon  open to major tidal movement and a major resting spot for migratory birds.  We explored the spectacular Teich ornithological reserve where thousands of birds take refuge.  Numerous hides  in a maze of tracks and tidal swamps enabled us to view many bird species in their natural environment, without disturbing them,  Equipped with binoculars and telephotos, this was a treat and the six hours we spent in this bird watchers’ heaven just flew! 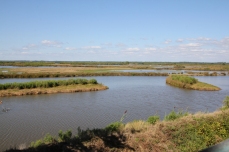 The Arcachon region is also  famous for its mussel and oyster beds, so it goes without saying that yet again we feasted in between boat trips, swims and beach walks.  This is after all what you just have to do in France!

Time spent with family is precious, and discoveries we make together offer moments to cherish.  All good for the soul!

4 thoughts on “Escapades in Gironde, France”