The Great Egret (Ardea alba) is one of our absolute favourite wetland birds.  With its slender appearance, pristine plumage and elegant flight, this a magnificent bird and we feel privileged every time we see one.  Not only does it feature in many of our photographs, it is also the inspiration for the most intricate quilt I have ever designed and made.  Whether we observe it wading through the water or flying fluidly through the air, it does not fail to enthral.  This graceful bird is the dazzling subject of our #11 Bird Photography Challenge. 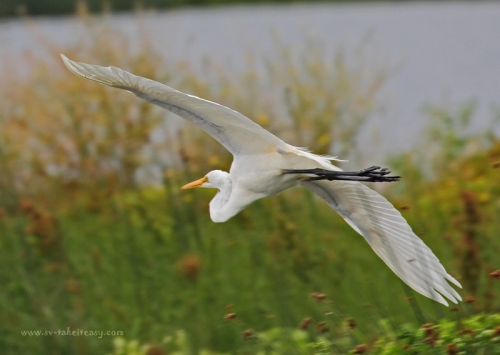 The Great Egret is a large heron with snowy white plumage all over.  Standing up to one meter tall, is it distinguishable from other white egrets by its yellow bill, its gape extending well beyond the eye, its sooty black long legs and feet.  The feet are not webbed and have very long toes.  In breeding plumage, delicate, lacy, ornamental plumes appear on the back, and curl over the tail.  The Great Egret has a wingspan of 1m30 to 1m50.  When aloft, it flies slowly but powerfully with its neck retracted. 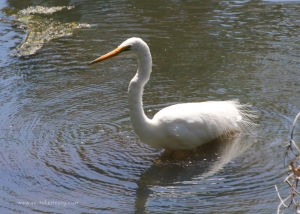 In the late 19th century, the long lacy feathers of the Great Egret were highly sought after by collectors and by the fashion industry to decorate ladies hats.  This elegant bird was almost hunted to extinction.  Today hunting Great Egrets is banned and they are protected by law.  They are still listed as an endangered species in Victoria and Western Australia, however numbers have increased substantially.

Although a solitary feeder when hunting and wading in the shallows, the Great Egret breeds in colonies in trees close to lakes and other wetlands.  It builds a bulky stick nest.  Both sexes incubate the eggs and care for the young.

It feeds on fish, small molluscs and frogs, spearing them with its long, sharp bill, often by standing totally still for long periods, stalking, and allowing the prey to come within striking distance.  The death blow is delivered with a swift thrust of the blade like bill and the prey is swallowed whole.

Widespread throughout the world, the Great Egret is common in Australia, except in the more arid regions, along salt and freshwater marshes, swamps and tidal flats.

The images were taken at the Melbourne Botanical Gardens and at the wonderful Lake Borrie Wetlands where I captured our favourite photographs of the bird aloft.  Click on any image in the gallery to display in full screen. 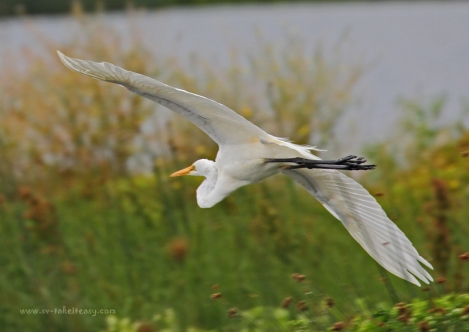 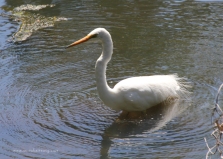 Getting nervous, about to launch

I can see a fishy coming!

I’m gonna get you! 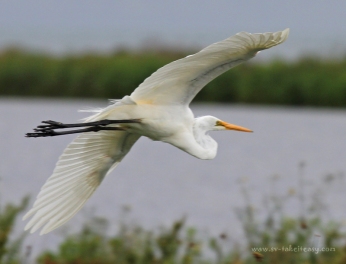 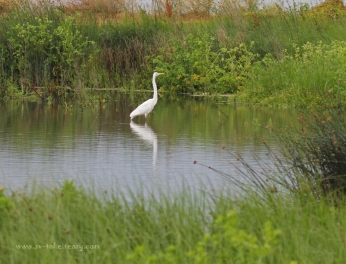 Feeling safer in the lake 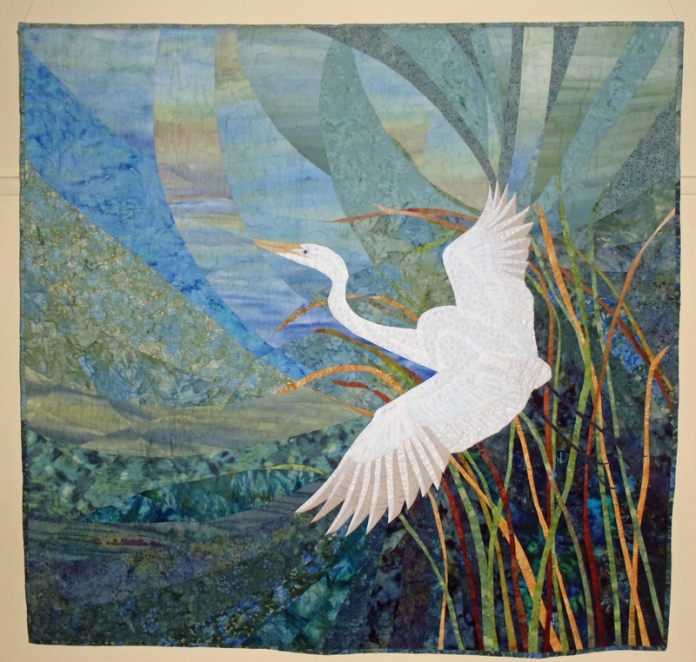 The quilt I designed and made of my favourite bird