One of the most distinctive ocean birds we are lucky enough to see as we sail through Bass Strait and the Southern Ocean is the Black-Browed Albatross (Thalassarche melanophrys).  We always feel privileged to see these ocean travellers and one of the world’s largest seabirds.  Having recently observed them, we felt compelled to make them the star of our #37 Bird Photography Challenge.

As its name suggests, a distinctive feature of the Black-Browed Albatross is its prominent black eyebrow.  The permanent frown is easy to spot. The beak is pinkish-yellow, tipped orange.  Of the 24 albatross species, the black-browed is the smallest, but nevertheless it is 80 to 95cms long and has an impressive 2m10 to 2m50 wingspan.  The body is white, but the upper wings and saddle (across the back) are slate grey, with broad and irregular black margins on the underside of the wings.  The webbed feet are yellowish.

This albatross is endangered, as are most other albatross species.  Their habit of settling on the water near fishing vessels in anticipation of food makes them vulnerable to getting killed by long line fishing operations and trawling.  Disturbance to nesting colonies by predators (often introduced species) is another threat, as is pollution from plastics, oil and chemicals. As humans, we unfortunately have a lot to answer for.

The Black-Browed Albatross belongs to the family of tube-noses, related to petrels, shearwaters and fulmars. These birds get this name from their prominent nostrils, which are covered with tubes on their upper beak.  These odd looking nostrils give them an acute sense of smell.

The Black-Browed Albatross have the same breeding partner each season and form life long relationships.  They nest in colonies on coastal cliffs covered with tussocks, on a pillar of mud and guano which is re-used each year.  A single egg is laid and the young is looked after by both parents. 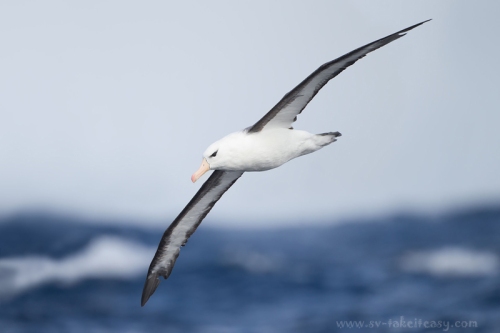 The Black-Browed Albatross flies fairly low and takes food from the ocean surface or just below, consisting of krill and fish, and sometimes jellyfish or cuttlefish. This albatross is an opportunistic feeder. It eats and eats when there is an abundance of food.  We sometimes see them resting on the water, not just because it is not windy enough to fly, but because they are digesting their food before they can take off again! Foraging trips can go for hundreds of kilometers.

The Black-Browed Albatross breeds on subantarctic and Antarctic waters between 460 and 560S. It traverses the oceans of the Southern Hemisphere, only returning to land to breed. The Falkland Islands hold over 85% of the global population estimated at 680,000 pairs.  But it is also found breeding at Macquarie Island and Campbell Island in the Southern Ocean.  In Australia, it is most commonly seen off the southeast coast of the mainland and around Tasmania.  These majestic birds live on the wing for most of the year.

Most images were taken during our recent Easter Cruise in Bass Strait, using a Canon 7Dii and a Tamron 18-270mm lens.  Click on any image in the gallery to display in full screen. And if you are interested in reading more about albatrosses, do click on this link to an earlier post: Vulnerable Albatrosses. 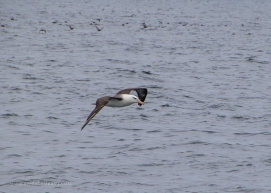 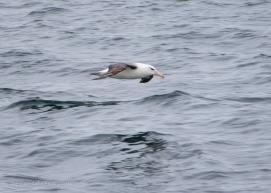 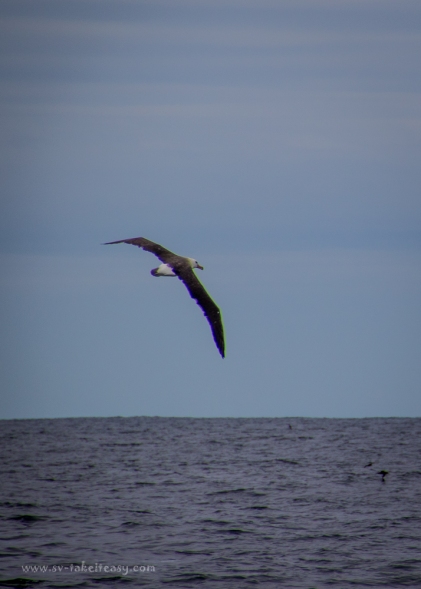 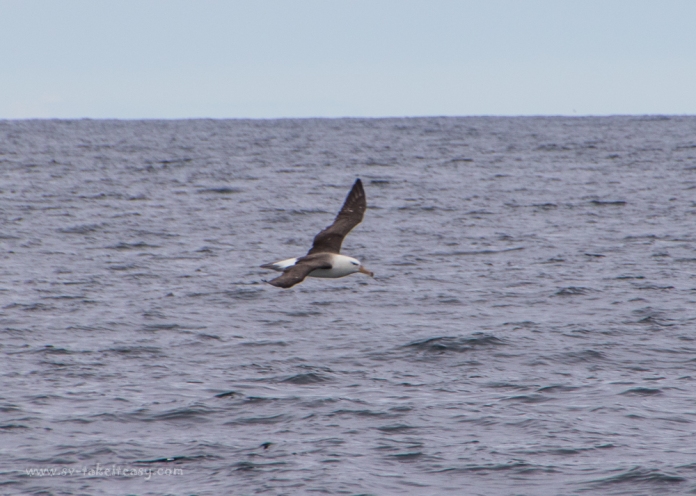