This is it, we are leaving for the Reef, after spending a few days up the Burnett River, in front of Bundaberg, or Bundy as Aussies affectionately call the town.

We could have left earlier, but we were waiting for a supply of insulin for me! Mind you, we did not waste our time. We thought we would stock up on food, do some laundry, and be a bit naughty. 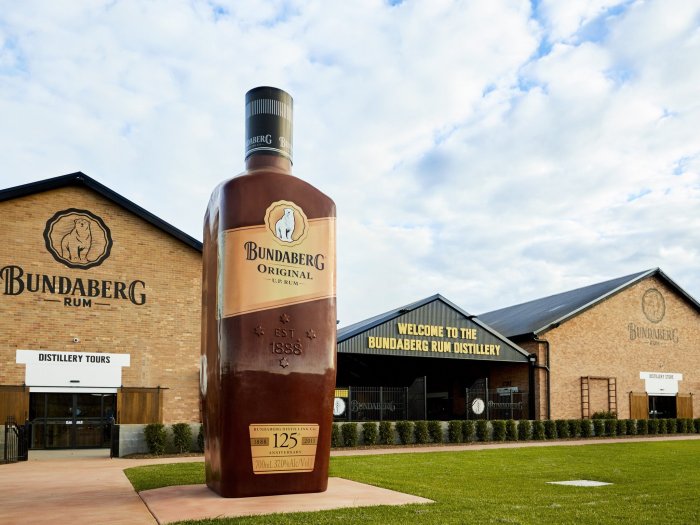 When in Bundaberg, you have to visit the iconic rum distillery! As they say “no one has red volcanic soil like us, so no one grows sugar cane like us, which is why no one does rum like us.” We learnt that Bundaberg Rum originated because the local sugar mills had a problem with what to do with the waste molasses after the sugar was extracted. Some bright spark decided to try distilling the stuff instead of letting it go to waste. Bundaberg Rum was first produced in 1889.

Much later, in 1961, the designer of the distinctive square Bundaberg rum bottle, Sam McMahon, also introduced the polar bear as its mascot.  McMahon means ‘son of a bear’ and his favourite bear was the polar bear, the perfect symbol for a drink that would “ward off the wickedest cold”.

It was just as well we were walking back to town after our visit rather than driving, as we might have done a little too much tasting! Wade’s top lip was a bit numb, as if he had had too much kava, and I felt a bit light headed! After much deliberation, our favourites were the Bundaberg white rum with a dash of lime and soda, and the Royal Liqueur with salted caramel. It goes without saying that we bought a bottle of each.

Apart from rum tasting, we have been doing a lot of tuna eating, helped last night by new cruising friends from SV Karm, Darren and Kris, on their maiden voyage north from Tasmania. We have discovered that tuna freezes well, and more importantly defrosts without altering the taste and texture of tuna sashimi. A very good thing to know.

Our last night in Bundy was marked by a fiery sunset, with the sky and colours getting progressively deeper: a stunner! So all in all we have had a very nice time in Bundy! 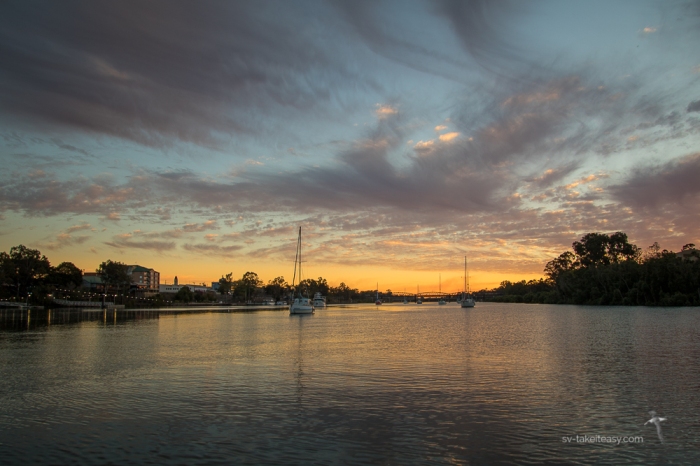 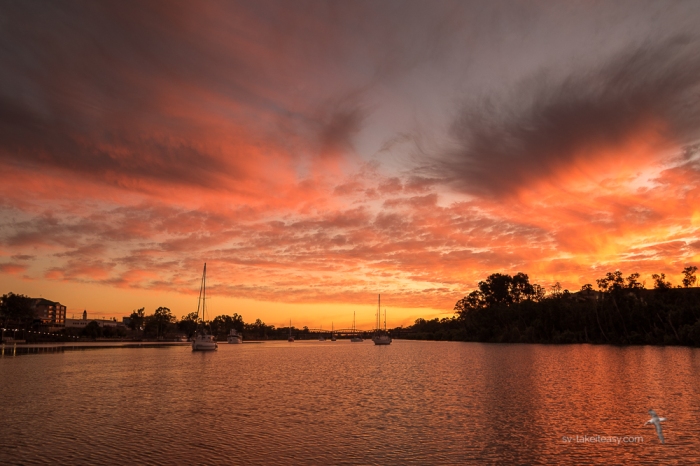 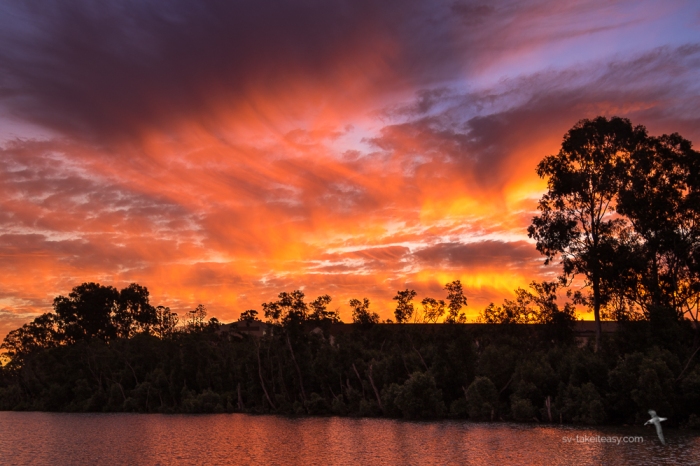 The place is on fire!

First thing tomorrow morning, we are leaving for Lady Eliott Island, a coral cay some 55 nm NNE of Bundaberg. 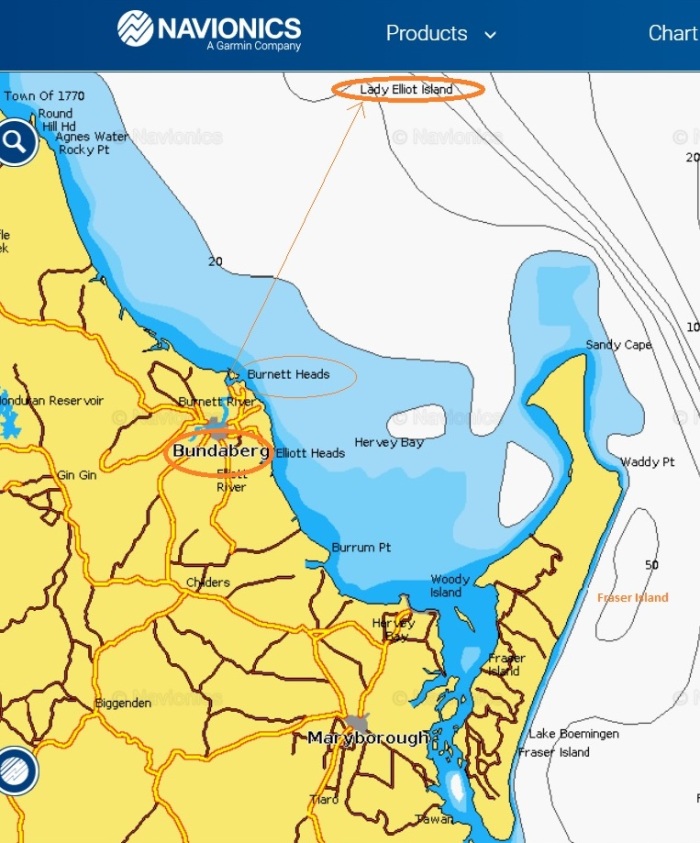 Looking at the forecast, we will be at the Reef for at least a week, slowly hopping from coral cay to coral cay – now that is the life! The underwater camera is charged, the charts of the area are on the nav table, we are ready!

You can now track our position in real time via PredictWind. Just click on this link. https://forecast.predictwind.com/tracking/display/SV_Anui/

Even Bengie thinks the air in Bundaberg with the Burnett River in flood, smells rather muddy... not the usual ocean smell our ship's cat is accustomed to. And the colour, well that looks horrible too!⁠