For our third post in the Playing Explorers series, we take you to the mecca for all cruising vessels: The Percy Islands. The Percy’s combine attractive beaches, glorious anchorages and spectacular scenery. They are a favourite stopover point for many passing sailors and we certainly can see why. We spent nearly a week there and loved it!

Getting there from the Duke Islands can be a lively affair. With the strong tidal flows and SE trade winds, you can encounter some rather boisterous conditions: wind over tide always does it! Look at those conditions. No we did not get seasick, but Bengie hid in the linen cupboard. 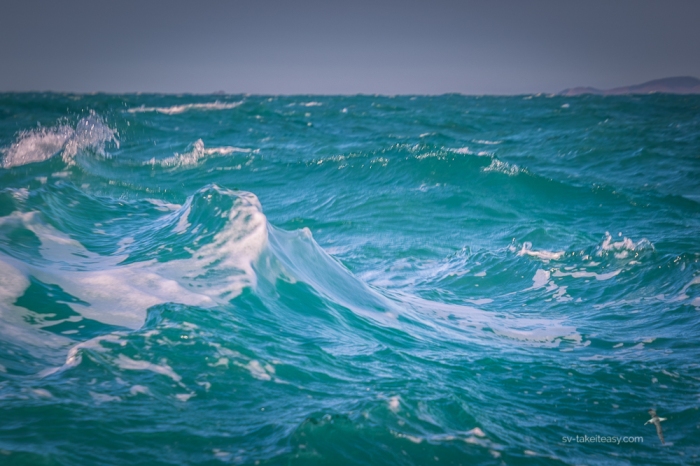 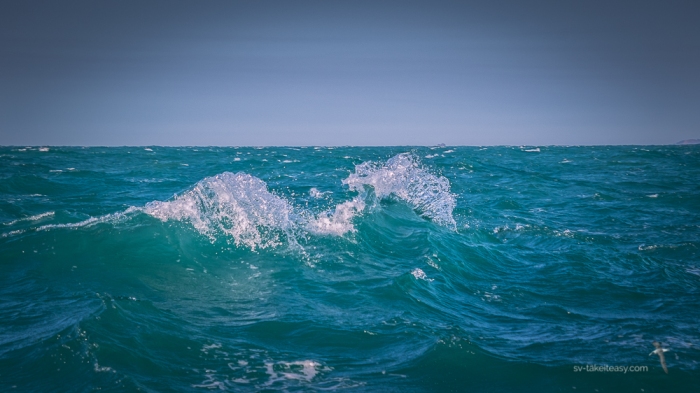 The main spots we anchored at were Rocky Shelf Bay on South Percy, a stunning spot we had to ourselves, Blunt Bay on North East Percy and West Bay on Middle Percy where we stayed several days, such was the appeal. Middle Percy is leased to a couple who live permanently on the island in a self-sufficient manner with two or three other men spending a few months of the year there. Their hospitality and willingness to share the history of the island were particularly enjoyable.

After being restricted with shore walks during the past couple of weeks, it was heaven to be able to go for bush walks each day on South and Middle Percy. 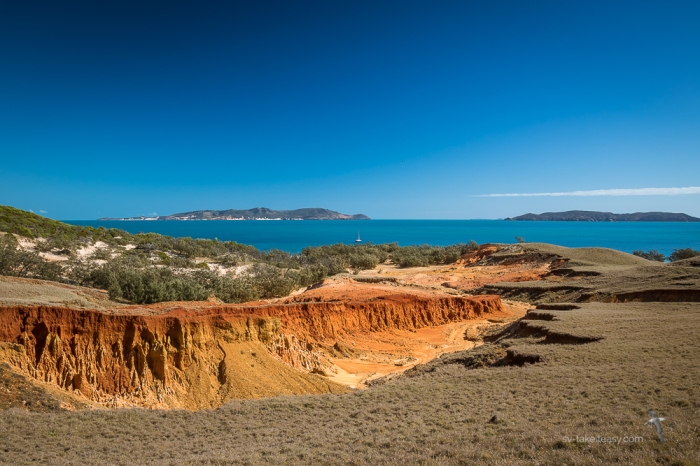 The wildlife was special too. Every morning we watched the local Brahminy Kite fish in the bay, a spectacular sight. And in the afternoon, whales frolicked and we were treated to whale songs for the first time! Their songs varied from high pitch sounds, to clicks and deep growls – a haunting experience.

Brahminy Kite fishing for bait fish with a tuna!

Bengie has been having fun too, going for early morning beach wanders daily, so much so that she frets if we don’t put her harness on quickly enough after we have fed her!

Only one thing missing in our daily routine: we are in a state of withdrawal when it comes to snorkeling!

Here are a few more seascapes we enjoyed. 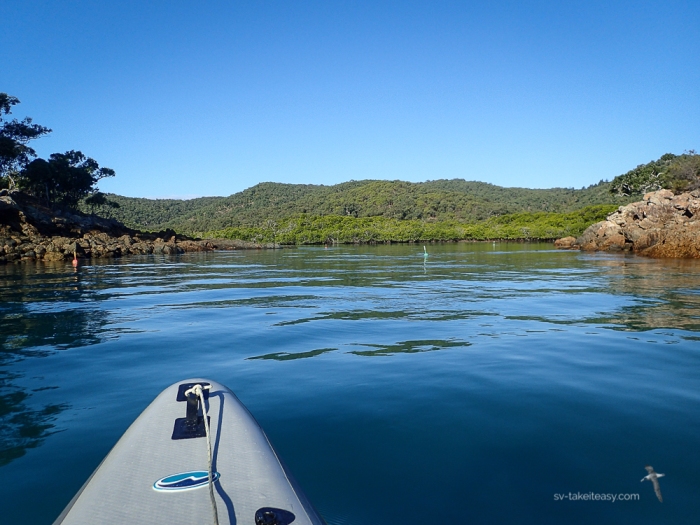 Inside the lagoon at West Bay 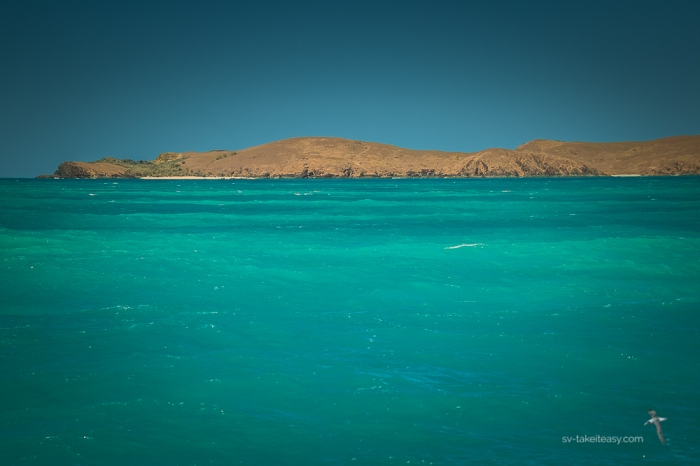 Passage between South and Middle Percy

We left the Percys on 18 August, headed for Curlew Island to shelter for a few days from a strong southwesterly change, then are sailing to Mackay back on the mainland to reprovision.