They say you have not had a real adventure if you haven’t once wished you weren’t there during your cruise. Well we have had one hell of an adventure!

We had 12 days of westerly gale. At the height of the storm, on Saturday, the wind was howling at up to 60 knots (120 km/h). Imagine this: the shrieking through the rigging, the Ampair wind turbine roaring like a truck revving its engine, Take It Easy tugging at the anchor and its 50m of chain, the entire bay a sea of white angry plumes of spray, looking like a snow blizzard, and willy-willies spinning across the water. 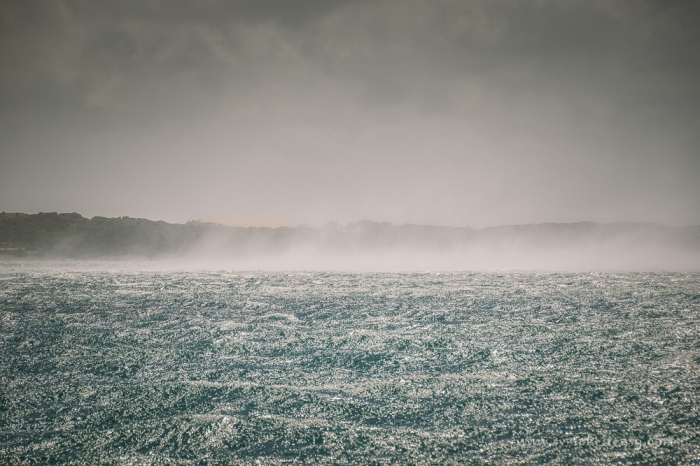 When a gust blew my glasses off my face never to be seen again as I was looking out, it was a minor inconvenience. But there was far worse to follow, and spectacular turned to ugly. The Ampair is rated for hurricane force winds. Well, it did not survive. Two blades got ripped out and the third damaged. When this happened, the pole holding the turbine started shaking violently, sending horrible jackhammer thuds through the boat. It took 1.5 hours to secure the unit in the high wind so it would stop whizzing around and shaking the boat to buggery. We were terribly worried it would crack the step on the sugar scoop where its mast attaches. It did not but it cracked the frame where the support struts are affixed and which holds the dinghy davits and the solar cells. We are okay: we bolted some lengths of wood on either side of the frame to stabilise it until we get back and get it properly repaired! All we can say is thank god it happened in daylight. 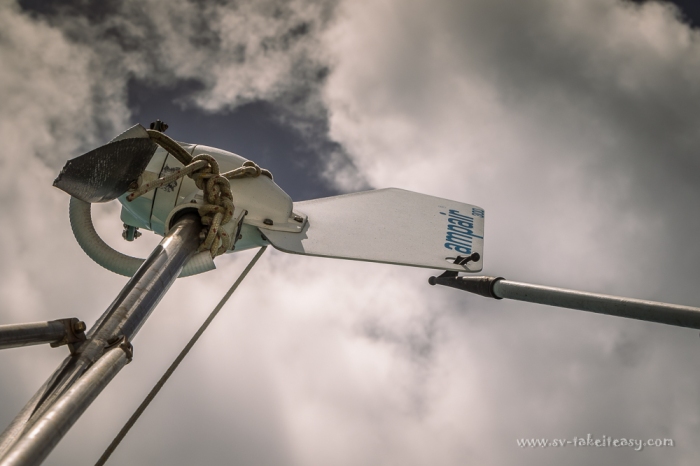 During the following days the wind eased to a more manageable 25 to 35 knots but stayed stubbornly in the west or north west, which makes it difficult to go anywhere from here. After 10 days at Jamieson Bay, without any phone, internet or radio contact, we finally made an escape overnight. During the night the wind shifted to the southeast, making Jamieson Bay untanable. So we had little choice but to head out at 1.00 am for a very dodgy sail around the bottom of Clarke Island, back north to Key Island Bay. We retraced our steps from two weeks ago, as we did not fancy taking the shortcut through the Armstrong Channel and its shoals in the dark. The swell was big and the currents around the cape very uncomfortable. We are now recovering for a few hours, and will probably end up on either side of Trousers Point, at the SE end of Flinders Island this afternoon. 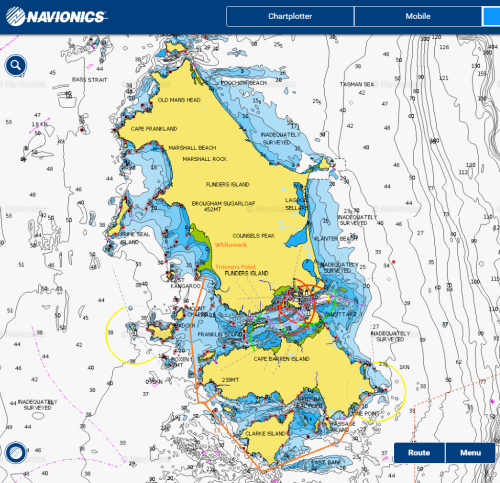 Our next task is to replenish our water (it has not rained for days) and our food supplies which are running low. Our last shop was at Bridport, three weeks ago! We have run out of tea, coffee, cereals, fresh fruit and vegies. We are resorting to tinned or frozen food when not able to catch a feed of squid or fish and our bean sprouter is used frequently to produce crops of alfalfa, lentils and mung beans for some greens! The provisioning pressure is on now because next Monday, our friends Greg and Ann are flying into Flinders Island to join us. With four on board in a celebratory mood, we are sure to pig out. So a trip to Whitemark, the only little township in the Furneaux, is now urgent. Hopefully we can get there in the next day or so.

We can’t wait for our friends to be with us. The challenge will be to work out where to pick them up! They will have a car waiting for them at the aerodrome to deliver them wherever the boat is which could be Whitemark, the Trousers Point anchorage or the port of Lady Barron… we’ll see what weather and tide allow! It will be fun to share these beautiful cruising grounds and do the crossing back to the Gippsland Lakes together. Nearly two weeks of shared adventure with friends who know the drill. They have been on board a few times, but never for that long and never in the middle of Bass Strait. Let’s hope the weather is kinder for us. And remember guys, we will only cross if it is safe to do so, even if it means getting home late.

For now, here is a gallery showing the Jamieson Bay anchorage, where we reckon the wind is made!

The night before the storm 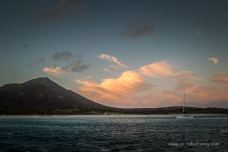 Purrfection anchored with us, the night before the storm 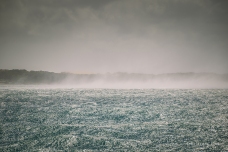 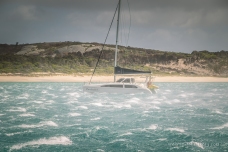 Blowing at over 50 knots

Makeshift repair of the frame 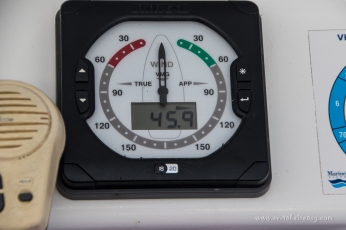 Slowing down from 60 knots!