When it comes to whale watching, we have hit the jackpot. Every single day we have seen several, sometimes at a distance, but at times we have had close encounters. We will never tire of seeing these magnificent creatures.

Humpback whales make a mammoth journey of some 5000kms between their feeding and breeding grounds. Populations in the southern hemisphere spend their time feeding in Antarctica during summer where krill is plentiful. In late autumn they begin an annual migration to their winter breeding and calving sites in the warmer tropical waters of the Pacific. They return south in spring.

And so the magic about starting our voyage in winter is that we have watched them going north as we started migrating ourselves, and now we are seeing them begin their journey south. There are many mums and their calves, but also older juveniles and mature males travelling in small groups.

Whales are capable of travelling at 4 or 5mph, but they also rest and socialise along the way, so really average only 1mph over their lengthy journey. We see them lulling about in bays or putting on acrobatic displays.

We noticed they started coming south in September. At that time we were still heading north and so our paths would cross. We never try to get close, it just happens as we pass through. Some are very inquisitive and approach us. 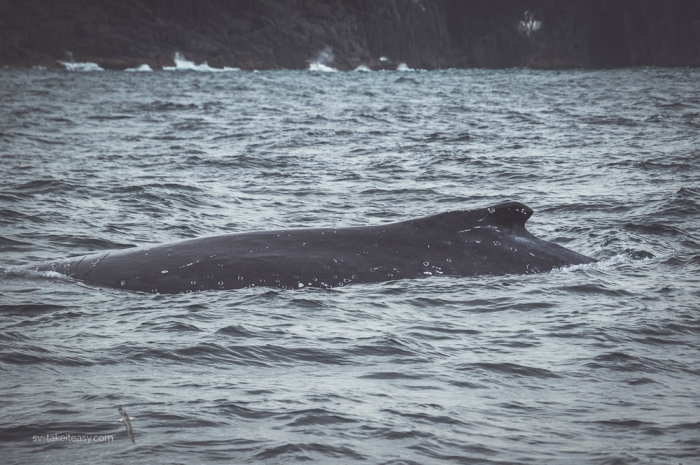 Adult swimming alongside Take It Easy

But since starting our trip south a few days ago we have been travelling with them. Only we sail faster than they go, so we can inadvertently catch up to them. We really have to keep a look out as it would be easy to ram up their bottom! We have had some very close encounters.

A few days ago we had one cut right in front of our bows and all we could say was “dive, dive, dive” as we watched its fluke go down a few meters in front! And the day we were approaching Camden Haven and had dropped our sails, we suddenly saw two surfacing right in front of us: a mum and her calf. We stopped the engines and let ourselves drift away to the side of them, holding our breath. As our friend Waz puts it: “Good thing they can fit between the hulls, but one might get stuck and give you a piggy back home.” Precisely what we want to avoid!

A mile or two off Coffs Harbour, Port Macquarie and Camden Haven where the photos in the gallery were taken, our sightings have been particularly frequent. It is fantastic to observe these beautiful creatures and realise that their numbers are increasing steadily. I get very excited when I can capture these gentle giants through the camera lens. We hope you too enjoy seeing them. 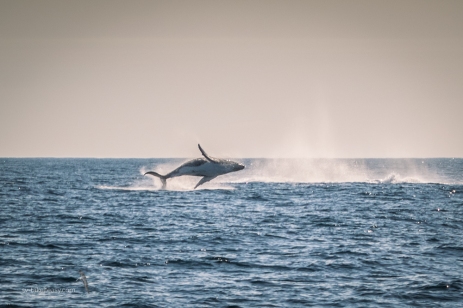 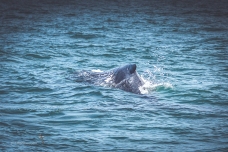 Fluke – Going for a dive!

swimming across our bows

Calf just in front of us

We cannot tire of watching our friend the Shy Albatross, soaring past our boat. We did not realise how much we missed seeing these while in the tropics. But now as we sail back to Melbourne, Bass Strait turns on the show!⁠