Having been in harbours and rivers all along the coast of NSW, we were craving a bit of solitude and the sense of being away from it all. There are not that many places you can do this along this coast, but we had a goal in mind: to spend a few days around Broughton Island. So this is where we have been hiding, for a town and internet detox.

What is the attraction? Well for a start we had the place mostly to ourselves. The weather being rather iffy, few are crazy enough to sail there! It is only 8 miles north of Port Stephens but far enough when rain and strong winds are forecast. Some places are special, even in ordinary conditions and Broughton is one of these. It offers attractive seascapes, snorkelling, diving, bird watching, beaches and rugged volcanic hills.

We had a great sail from Forster under Big O, our spinnaker – one of those fast and smooth rides with the music going, the sun shining and us beaming from ear to ear. 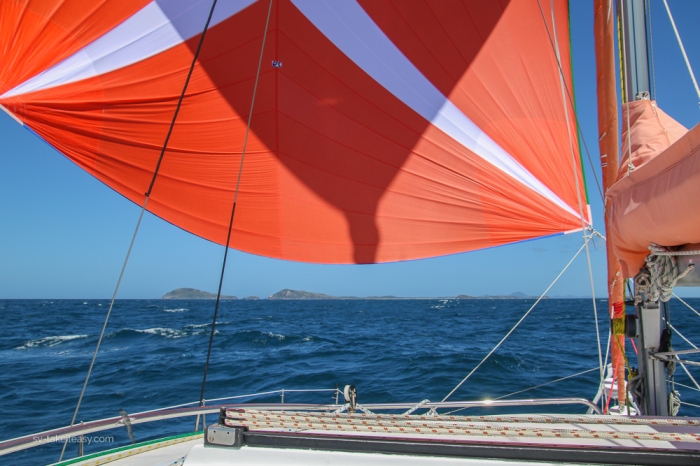 As soon as the anchor was down in Coal Shaft Bay, I donned the wetsuit, picked up the Olympus camera and dome lens, paddled ashore on the boogie board and snorkelled around the rocks at low tide. There was not a lot of fish but plenty of beautiful kelp. I still have a lot to learn about using the lens! 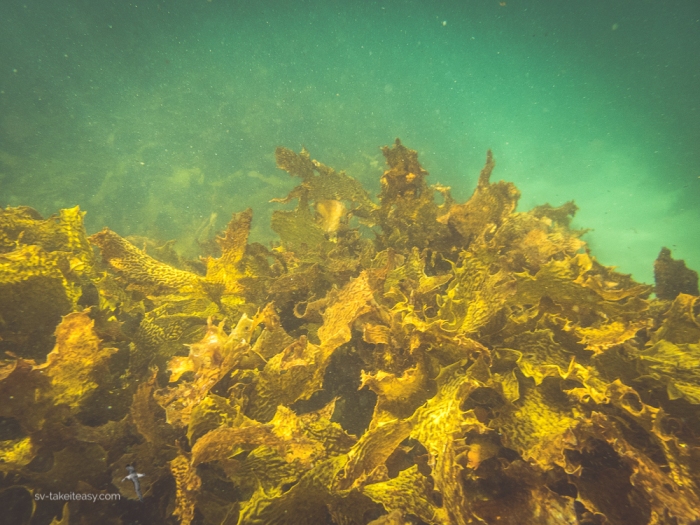 Only kelp in the cold water!

During the night, something hit the boat a few times. What the hell is this? We later found there is a seabird colony here – Wedge-tailed Shearwaters. They return in their hundreds after dark to their burrows to feed their young. During subsequent nights we found quite a few were hitting the rigging. Two even came into the cockpit and needed to be helped off! 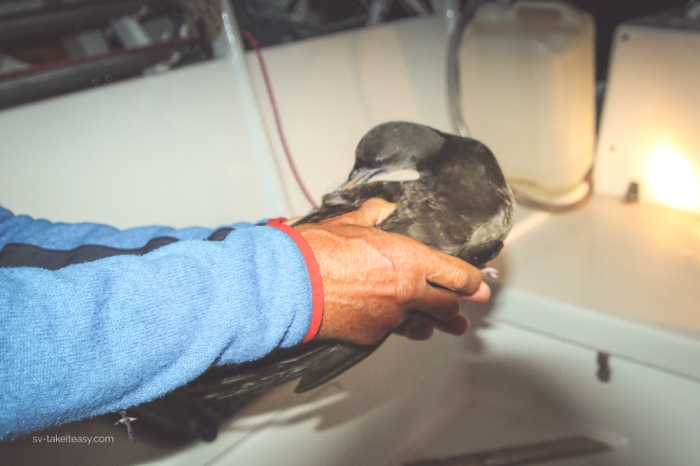 The next day was forecast for a change of wind direction and much rain. As we were getting ready to move we witnessed something special: a whale and calf sleeping just outside the bay – well, half asleep! Did you know they sleep by shutting down only half their brain? The other half stays awake at a low level of alertness. This attentive side is used to watch for dangers. It also signals when to rise to the surface for a fresh breath of air. After a couple of hours, they reverse the process, resting the active side of the brain and awaking the rested half. While in this state the whales look a bit like floating logs! 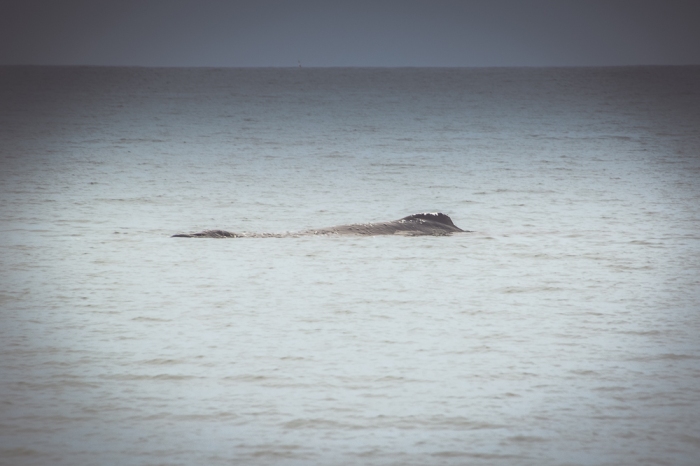 We shifted to the north side of the island, to Providence Beach, for the southerly blow. And although it was rock and rolly to start with, the swell settled down and there we stayed for 4 days, getting ashore between showers for beach wonders, bird photography, walks across to various bays and snorkels at low tide. Just the perfect time, although in overcast weather. This is the kind of cruising we really enjoy.

We continued to worry about the shearwaters hitting the rigging every night. One hit the boat so hard it knocked itself out on the sugar scoop. We gently gathered it away from the edge so it would not fall in the water and wondered whether it would survive the night. We were very relieved the next morning when we found it had flown away. Wade being Wade had to complain: “The little fellow bled and crapped on the deck and flew off leaving a mess!” He would have been just as sad as me if that little shearwater had died.

Today, Tuesday, with the return of the northerlies, we are leaving our island paradise and heading for Swansea to reprovision. We still leave something to do here next time: diving to see the grey nurse sharks… a bright sunny day will be better for this adventure.

Here is a gallery showing you around the island and its bird life. 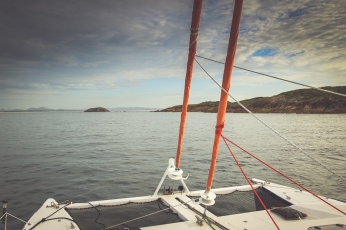 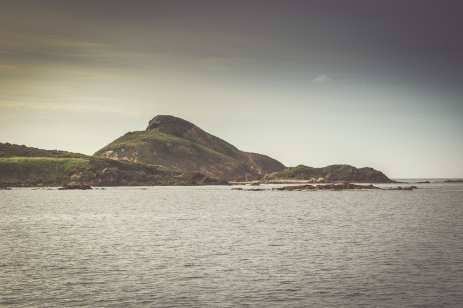 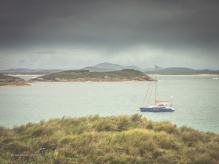 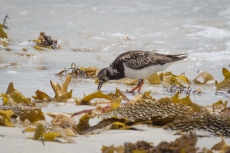 Blue Bottle – only one needed to spoil your day!

Lots of these egg cases from the Port Jackson shark!