We have gone past the distinctive outline of Mt Warning, past the Tweed River and Point Danger and crossed the border into Queensland! Although we still have a way to go to get to the Southern Great Barrier Reef, it is a relief to have reached this milestone.

Truth be known, it has been a long slog, an 800 nautical mile slog (1500 kms) from the Gippsland Lakes to here. Even with the nice interludes with friends, there is no denying that getting up the East Coast of Australia is a bit of a chore.

Nevertheless there are some nice spots to stop at, and Iluka-Yamba was certainly scenic as you can see from the photos. 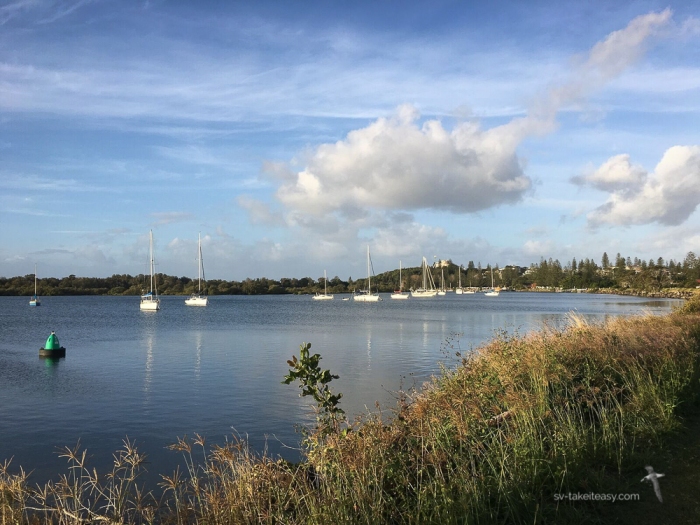 Iluka – Yamba from the Bluff shores

The lone tree at Iluka 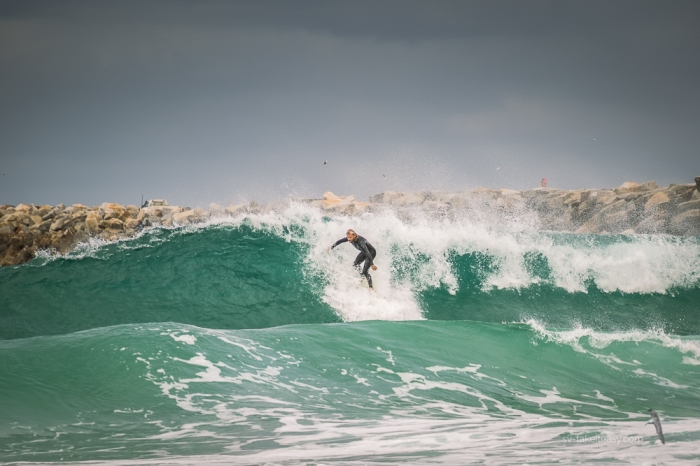 The other side of the Iluka breakwater

We spent 4 days there and left Yamba a day later than planned, having had to take my laptop to the IT doctor (a Windows 10 update failed, corrupting systems files in the process). We are so dependent on our devices!

We got underway again on Friday 22 June. Crossing the bar was tense. With 2m swell still out there, we were not sure we would get out, but ended up sneaking around the southern end of the bar, rather than following the leads northeast where feathering waves were breaking. When we reflect on all the bar crossings we have done, the Clarence River bar is the most temperamental and can really turn on some foul conditions. But we managed our way out and were rewarded by a jaw dropping sunrise.

We had a great 55 nm sail, passing Ballina, Lenox Head, rounding Cape Byron, the most easterly point in Australia, and throwing the pick in at Byron Bay, our last stop in NSW. This is an open anchorage which was quite swelly but tolerable. The funny thing was lumping about at anchor with Balinese cooking aromas and music wafting by from town! 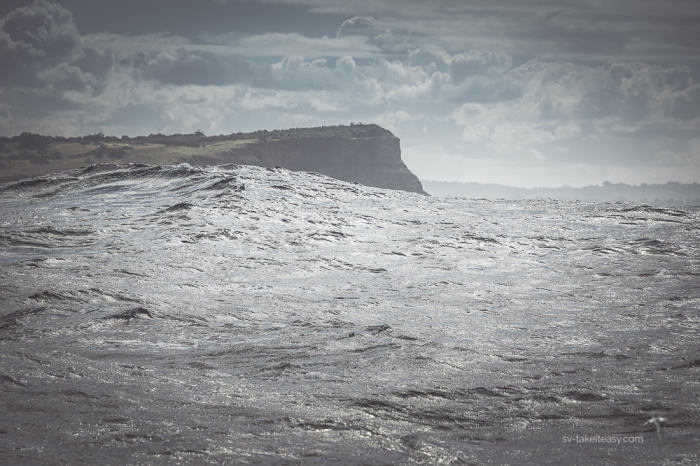 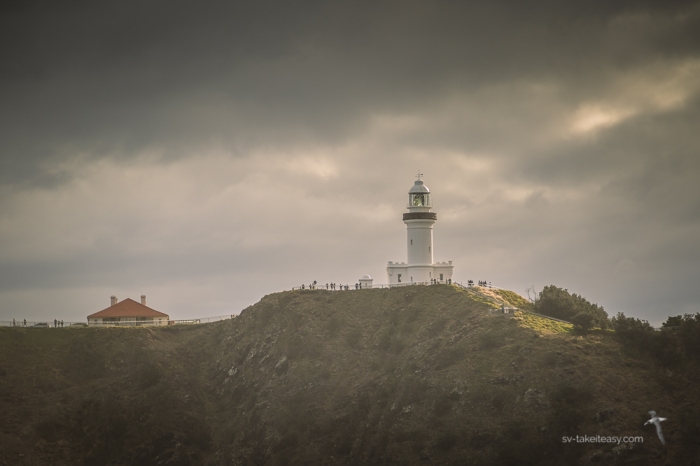 This one is giving chase!

18 thoughts on “We’ve crossed the border!”