Full of hopes for a spinnaker run all the way, based on a solid forecast of NE winds, we left Bittangabee at dawn on Thursday. Shortly after Green Cape, Big Red was flying and we were going great guns, into Victoria, past Gabo Island, Mallacoota, and Little Rame Head. But forecasts are not gospel and our NE did not last!  The weather continued to play tricks on us.  All of a sudden we found ourselves in a 20 knots SW, right on the nose, with a collapsed kite and riding a bronco.  We decided not to turn tail but instead motored painfully slowly for three hours to take shelter at the Skerries, a bunch of rocks close to shore at Wingan Inlet. It pays to know the coast well. And there we anchored by mid afternoon, waited and had dinner in the company of boisterous seals, since the rocks are their sanctuary! 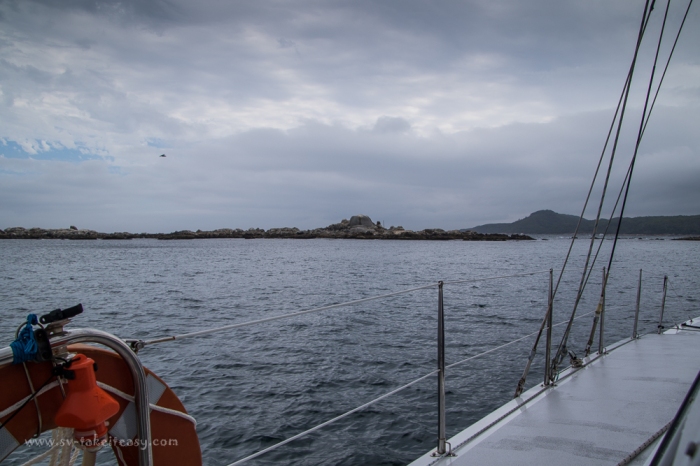 Anchored at the Skerries

By 8pm the wind had died down and we resumed our passage to Lakes Entrance with our two engines going.  We hugged the shores, each taking our two-hourly night watches.  We had a glassy ocean, no wind, lots of phosphorescence in the water, some swell and some sea mist.  It was eerie in the darkness, not particularly comfortable and a rather long night. 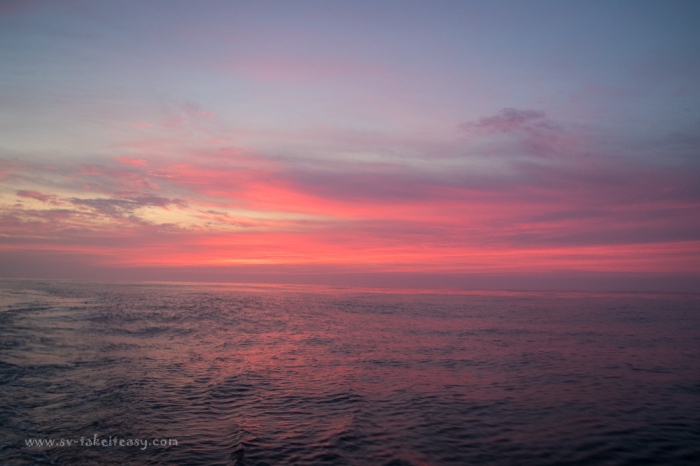 Sunrise was breathtaking; with the mist it was hard to tell where the pink sky stopped and the mauve ocean started. We arrived at Lakes Entrance at 9.30am on Friday, rushing in with the tide through the breakwater. It should have felt like a celebration, but we were too exhausted for that. 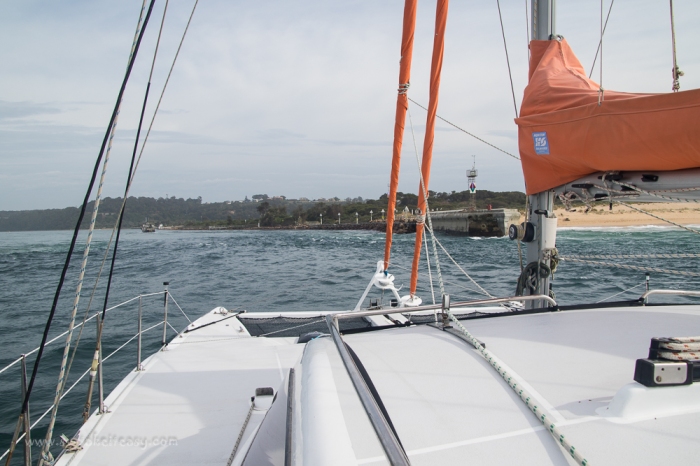 We went and anchored at a favourite nook where we are staying until the official SW change (which came later) abates, some time next week. We could stay and end our voyage here, after all we are at our home port; but it is not over till we reach Port Albert where our summer mooring is, 70 nautical miles further west. Still, we have made it back into home waters with days to spare.

Here are some images from our eventful passage into Victoria. 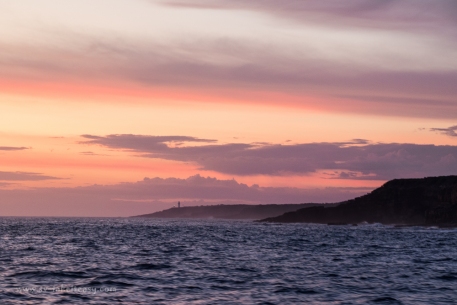 Dawn departure at Bittangabee, with Green Cape in the distance. 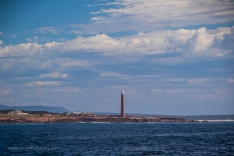 Dolphins at our bows 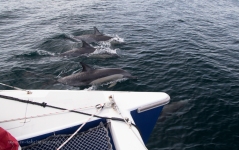 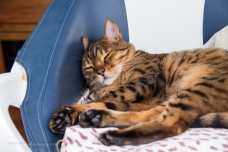 Bengie, oblivious at the helm seat 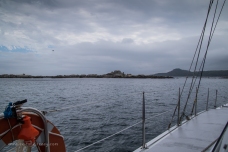 Anchored at the Skerries 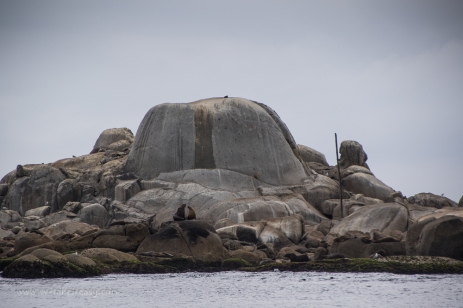 The Skerries and their seals 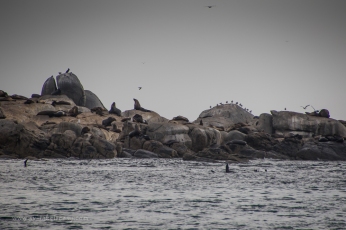 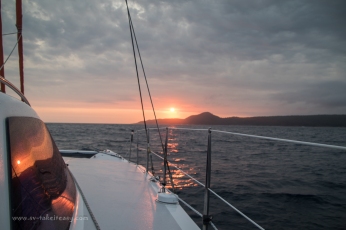 Departure from the Skerries, Rame Head in the distance 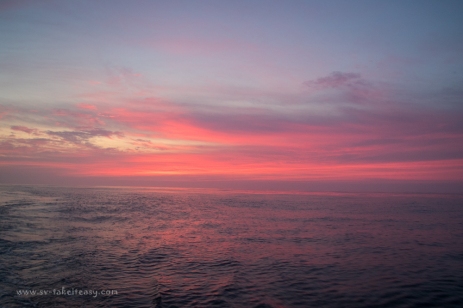 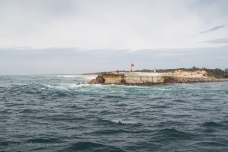 The other breakwater at Lakes

Blue angelfish, sneaking a quick look at the photographer before disappearing under a ledge again! The beautiful iridescent blue edging is striking underwater. We don't see these angelfish very often, so it was a delight to spot this one at Fairey Reef.⁠⁠