Our last few days in the Furneaux Group have been our idea of perfect cruising: warm, sunny weather, short brisk sails, beautiful anchorages with a mix of visiting an old favourite at Key Island Bay and discovering two new ones on Clarke Island: Rebecca and Moriarty Bays.

Frolicking both above and under the water line has filled our days beautifully: diving, snorkeling, catching a few feeds of green lip abalones, walking along sandy beaches, reading, playing with photos and even socialising! We caught up with another catamaran, “Purrfection”. We had met Ian and Wendie last year at Iluka and they follow our blog. It has been fun to share a day’s activities together.

Two cats on the prowl at Rebecca Bay

Our last two sails have been short and speedy, zooming along at 10 knots. It helps to use the tidal currents around here. They wrap themselves around the islands like ribbons. You time your moves to take advantage of them and pick up a free 2 to 2.5 knots extra speed. 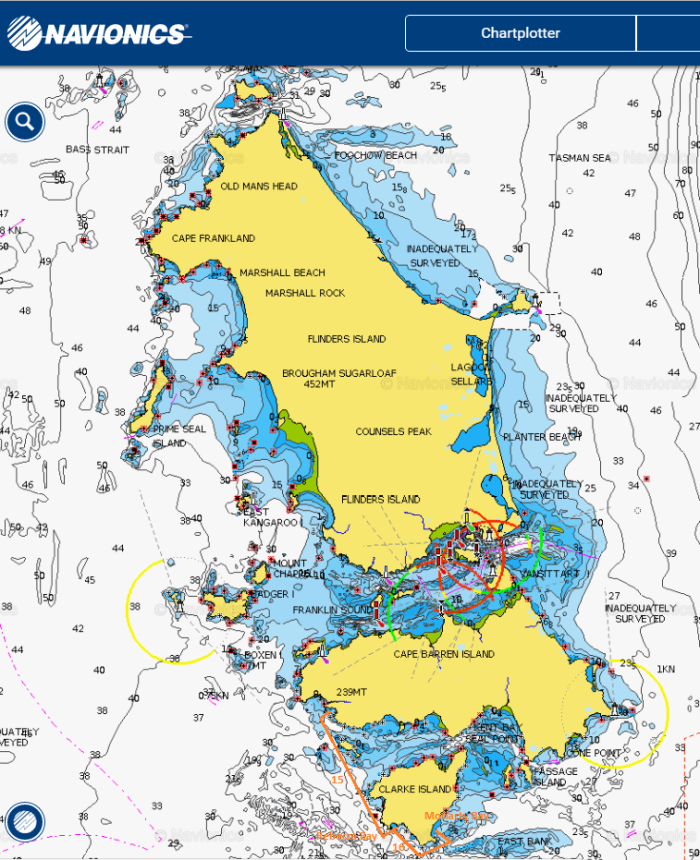 We are now at Moriarty Bay for a few days and might end up doing some exploring along the eastern side of Cape Barren Island as the wind has swung to the west and is forecast to remain westerly till Friday.

Diving for abs with the Power Snorkel 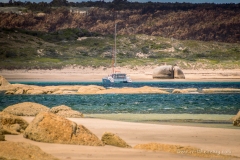 Anchored next to The Bum 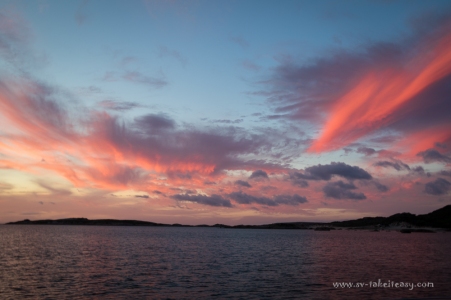 Some sort of Wrasse

Wish upon a star

Hard at work shucking the abalones 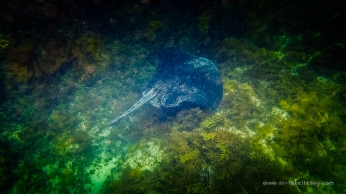 One very large black ray who spooked us a few times

Two cats on the prowl at Rebecca Bay

9 thoughts on “Frolicking in the Furneaux”