When the new sounder and cable arrived on 16 May at 2.30pm it took only half an hour for us to test it, confirm it all worked, pay the nasty bill for it, and get out of Paynesville! You have never seen a crew moving that quickly!

That evening we went to Flagstaff Jetty at Lakes Entrance, and crossed the bar the next morning, bright and early to start our north bound voyage at long last.

For this part of the trip ‘around the corner’, we have a passenger. Doug Haynes, a follower of our adventures, local to the Gippsland Lakes and occasional yacht deliverer, is coming along for the ride to the fishing harbour of Bermagui. The passage from Lakes Entrance is interesting for Doug who has never stopped at The Skerries, where we intend to anchor for the night, nor has he come to Bermagui by sea. So two new things for this experienced sailor, and company for us!

Although there is a strong wind warning with 25-30 westerlies and 2 to 3m swell, the following wind and seas make for a fast, manageable sail over the next two days. And with these conditions, the birdlife is amazing.  Albatrosses are out soaring, looking magnificent, little Fairy Prions flutter along the surface, a first sighting for us. Dolphins come and play with us also and despite us sailing at over 10 knots at the time, they still accelerate past us with ease! 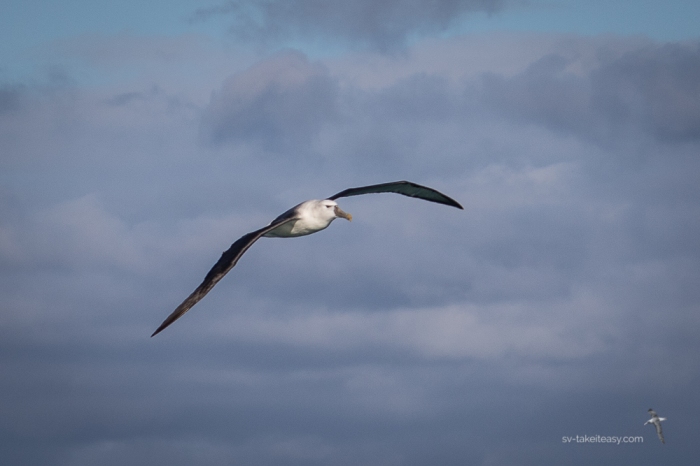 Fairy Prion pattering on the surface

The passage from Lakes Entrance to Eden is a 135 miles run, typically requiring an overnight sail. But we are specialists at avoiding these. Having averaged 8 knots speed on the first day, we cover the 78 miles to The Skerries in daylight, and anchor there for the night. This is a little frequented shelter behind a bunch of rocks, which also happens to be a rookery for seals. There is a bit of movement and chop, and noise from the beasties, but it is acceptable.

The Skerries, a rookery for seals, provide shelter in SW or W conditions

Our next day is a fast downwind sail to Cape Howe, then we turn the corner into NSW and start heading north to Eden on a beam run. We are there by 4pm with time to take a dip at the back of the boat before sunset.

Today, as we post this, we are sailing to the fishing harbour of Bermagui, where Doug will leave us and we will meet up with friends.

It feels so good to be underway again and the sailing has been really pleasant! No stress, plenty of speed, sunny although chilly weather! Here is a gallery of the sights we enjoyed:

The Lake Entrance, or Exit in our case 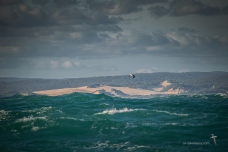 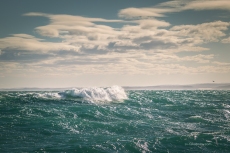 Falling off the wave 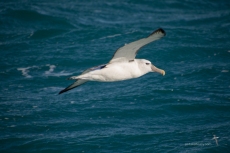 Arriving at The Skerries, a rookery for Seals 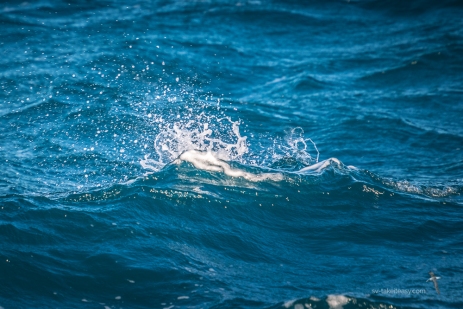 Fairy Prion pattering on the surface

29 thoughts on “We’ve turned the corner!”

After a 10 hour sail into wind from lizard Island, what better place to come to than Hope Island: calm, scenic, a leg stretch and sundowners ashore, a lovely evening..