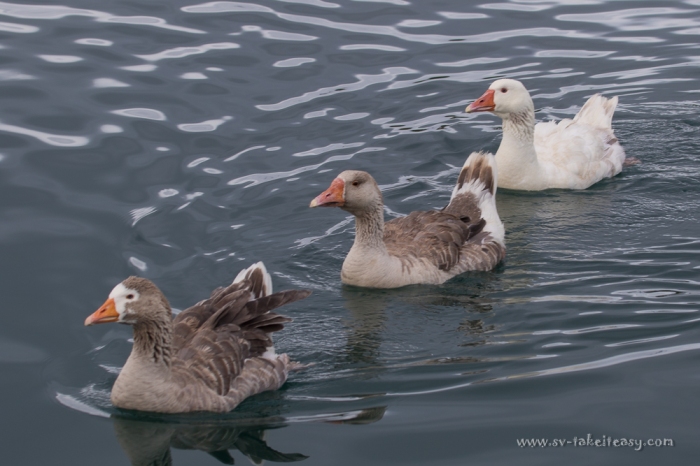 We have lined up our ducks, well, geese. The wind is in the right direction, the strength is good and there is not too much swell. Time to leave the safety of Apollo Bay at first light this Wednesday morning for the next leg of our voyage. We are bound for King Island, which we will reach tonight after a long passage of 86 miles.

We have a short window of 10 to 15 knots WNW wind, ahead of another SW blow on Thursday and Friday. With the promise of a big fat mooring in Grassy, two thirds of the way down the east coast of the island, we thought we would venture across rather than sit in Apollo Bay for another few days. No pictures yet, but as we may not have internet coverage there, we are posting now to let everyone know we have moved on. 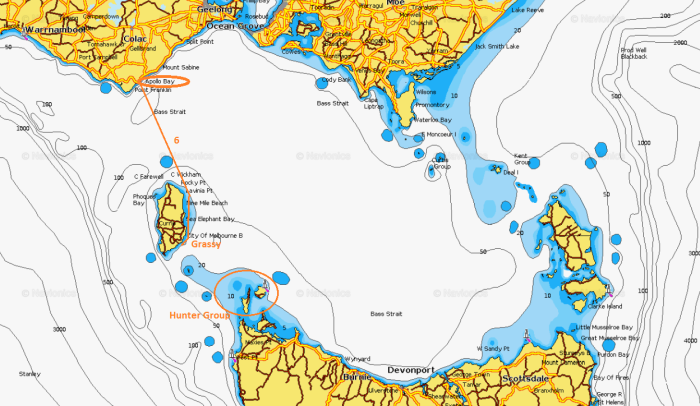 King Island is part of the State of Tasmania and sits in the middle of Bass Strait between Victoria and Tassie’s North West coast. It is best known for its gourmet food – beef and dairy farms cover the entire low lying island. But to us it is a wild, rugged, windswept island that marks the Western edge of Bass Strait and is our gateway to the West Coast of Tasmania.

Our decision as to whether to keep going south along the West coast, or head East to follow the Northern coast of Tassie towards Flinders Island and the Furneaux Group, will be made a little further along, once we reach the Hunter Group of islands. So stay tuned!

12 thoughts on “Bound for King Island”

Not a lot of sailing happening while we are in the shipyard, but we console ourselves with past images of sunsets over the ocean!⁠